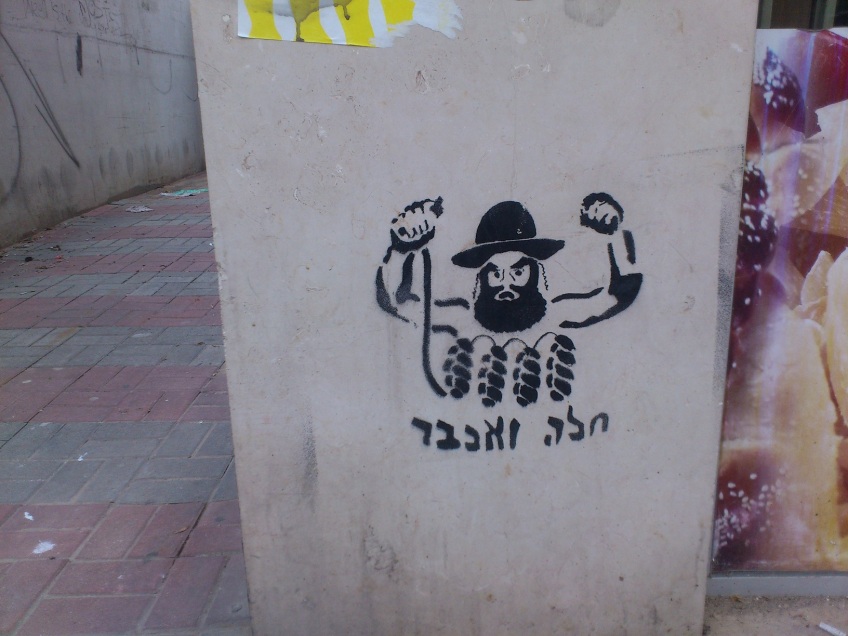 A pun on the phrase “Allah-hu Akbar” (meaning “God is great”), which has often been reported as being heard before a suicide bomber detonates themselves. Here, the bomber is an ultra-Orthodox Jew, and the Hebrew says “challah” instead of “allah”. Once again, the growing extremism of religious Jewry draws comment.